Visiting the Museum of Folk Architecture and Rural Life was my last adventure before departing Lviv.

It was a bit of a hike on dirt paths through a hilly, landscaped park to get to the open air Museum of Folk Architecture in the outskirts of Lviv. Along the way I ran into a friendly young lady named Natalia who was walking her dog. She confirmed, upon my inquiry, that I was going in the right direction and then offered to accompany me.

Natalia, a native of Lviv, studied English in her early school years, then stopped. We still managed to communicate in English quite well. Her job is an insurance sales agent. 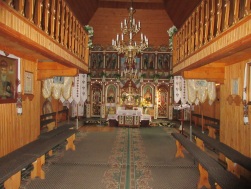 Her passion is landscape architecture, which she does for a hobby. Twenty minutes later we arrived at the open-air museum. Our brief, friendly encounter was heart-warming.

One aim of the Museum of Folk Architecture and Rural Life is showing rural life in all its forms from villages in western Ukraine. A highlight of the outdoor museum was the unusual architecture of several well-preserved wooden churches including their fine ecclesiastical interiors. One church was a part of the UNESCO World Heritage List of wooden Orthodox (and some Eastern Catholic) churches of the Carpathian Region in Poland and Ukraine which were built between 16th and 19th centuries.

Following are a few photos in memory of my experience in Lviv, a multicultural city that exudes European Charm and UNESCO history. 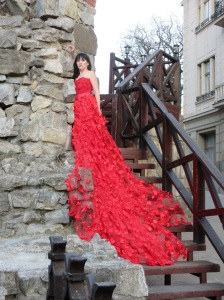 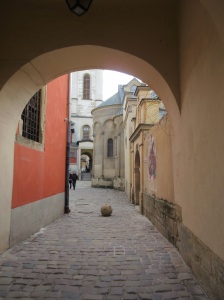 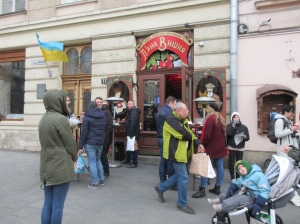 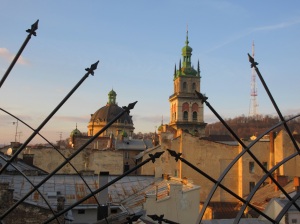 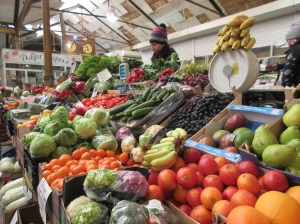 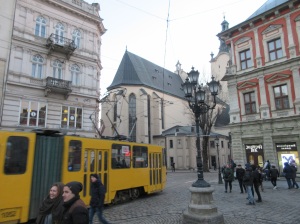 2 thoughts on “Saying goodbye to Lviv”