Visiting some of the numerous street markets in Lviv was a joy and a challenge at the same time. They were colorful, fun, insightful into the local culture, and continually challenged my language skills.

I often walked through the Vernissage Market because it was conveniently 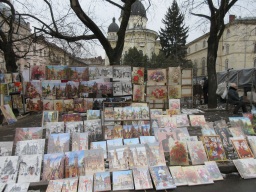 located between my hostel and the Opera House, which I frequently enjoyed. Since Ukrainian independence in 1991, the market, often referred to as the “Souvenir Market,” has occupied the area where a building once stood. The building had been bombed during WWII and never replaced. 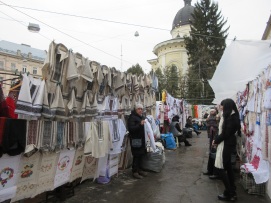 Vernissage Market offers an assortment of handcrafts and local works of art, among other things. Paintings were displayed under barren trees with a church looming overhead. An assortment of items for sale were spread out at various places on the ground and on tables. 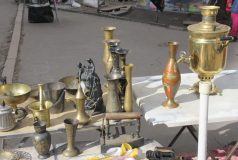 Linens and garments for sale were hanging from long ropes. I resisted buying a nice piece of brass ware due to its weight. I would have had to carry it in my backpack, which is already too heavy, until I return home in a few weeks. 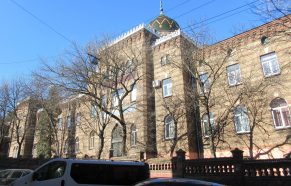 One day Taras, the local young man whom I introduced in a recent Lviv posting,

invited me to go with him to the Krakivsky Market in the old Jewish Quarter. The famous market occupies the site of the old Jewish cemetery which had been there for centuries,

and was subsequently destroyed by the Nazis during the Holocaust. The market is located next to the dome-topped, former Jewish Hospital which was built in the 17th century and is now a maternity hospital.

At one of the market entrances I paused in contemplation, aware of the tragedy that befell the once hallowed ground of the Jews 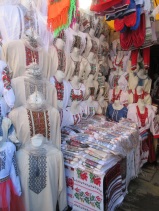 which I was about to walk upon. I then descended into the depths of the huge marketplace. 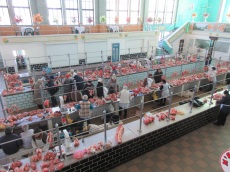 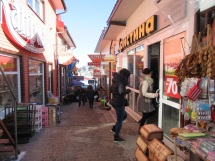 At one point we came across a most welcome open area in the middle of the marketplace, where we were able to simply stop and take a breather. 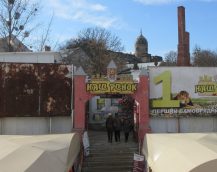 Exploring the labyrinth of the marketplace was an adventure, but I was grateful to have a friend with me who knew his way around.